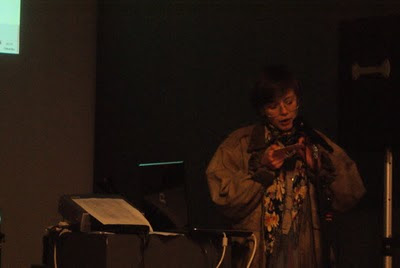 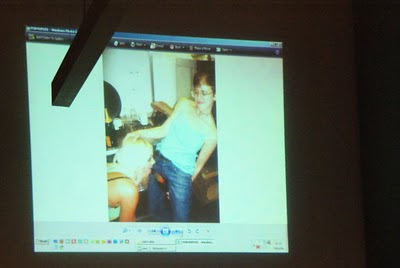 I recently read a short story at the opening of a performance based art's event at A Foundation in Liverpool. The event, Wrong Love, professed to be 'an uncommon alternative to your drab night of misty-eyed smooching' and my short story, 'You couldn't be in better company' was a telling of a near-fatal event at a strip club in Manchester. Admittedly the two did seem like they would slot together seedily and bring the best out of each other but upon reading it I realised that the writing and this event, ideologically, couldn't have been further apart.

I arrived conscious of my non-effort. I hadn't taken pains to put together a fetching ensemble nor had I meticulously rehearsed my story, or even rehearsed my story. I felt that by abstaining from the performative elements I was being loyal to the mode of writing; the understated realism of just getting on with it. This theoretical aspect was bolstered by a long-maturing cynicism for art events and performance art in particular. Reading a slow, stark story of a man being stabbed in the throat at a strip club wouldn't bind well with people arriving in a reception room, grabbing a drink and mingling. From the moment I said hello into the microphone and took that first glance at the audience I knew I didn't care about reading my words aloud. In a shard of a second I knew that the story was meant to be read, in print, or in the very least should be listened to through headphones.

I lost my place frequently, bumbled over misread sentences, and shook with begrudging and nervousness. At times I honestly felt like walking out the door. I just couldn't be bothered and didn't see how what I was doing at that moment mattered at all; I may as well not be reading. On occasion, obligation rooted me and encouraged me to genuinely feel the words as I spoke them, but notwithstanding. I raced to the last sentence and even included a little ironic smile and change of tone at the end, as if to signify that I was fully aware of how crass it is read one's own writing aloud. In conversation afterward, my self-effacing justification for my poor efforts was, 'Well, you get out of it what you put into it, don't you?'

I'm not a poor orator, nor am I often ill-prepared but I am stubborn, and more than familiar with the notion of going down with the ship, particularly if I feel the voyage is not worthwhile - perhaps that is more akin to sinking the ship but, tomato...tomato. If this episode has brought me nothing else it has resurrected the debate of authorship and vocal ownership for me. What are the resulting effects on a text when read either silently or aloud? When it is performed, as a monologue would be, does that shift the experience by changing the form of the audience? Is it important to put a face to the name, so to speak, or is it more vital for the text to act as a sort of clothes horse, acting as catalyst for arguably the most unique relationship to be had; that between reader and author?
Posted by I said, at Wednesday, February 17, 2010